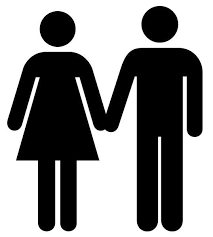 Well I agonised over this prompt all day long and decided I was going to ignore it completely! Until tonight....when one line came floating by and suddenly then...this, a whole poem, from that favourite place all the good poems come ~ the blue unknown!:

*Read how to do The Bop here

It's not that it didn't mean something, it did.
We had something, even though in the end
it amounted to nothing. Even though
you were my one affirmative clause.
It's more to do with the fact that it never
got a chance to be anything.
And you were the definite article my heart craved.
From no one, you became someone new.
Not nothing and more than something...
until, all at once, you were everything.
Though the vagueness remained: a question mark,
an exclamation point. Our love incognito, a noun
without a name, a new word and world
that required naming. But when it mattered,
we were deaf, dumb, lame.
And you were the definite article my heart craved.

But some 'thing' did not equal everything
when there was somebody else to consider;
rule-fixer, game-changer. The grammar of love
favouring the sentence already made, pronouns pre-named.
And yet, despite it all, the loss and blame,
somehow I know, I will love you, indefinitely.
And you were the definite article my heart craved.

Email ThisBlogThis!Share to TwitterShare to FacebookShare to Pinterest
Labels: NaPoWriMo